It was refreshing to hear Inspector General Ed Michel tell the City Council on Tuesday (Nov. 15) about his plans to audit or investigate an important group of city departments and agencies showing a troubling performance for some time. The Sewerage & Water Board’s billing issues are legendary. The performance of the 911/311 call system has often been questionable. What about short-term rentals that advertise themselves at “two bedrooms sleep eight” instead of four as required by the permitting process? Sounds like a sit-com.

What is really going on with the Wisner Trust funds? Did Mayor Cantrell have the legal right to extend the trust beyond its term? What would be her motivation to divert those millions away from city coffers? More cases of payroll fraud by city employees seem to surface every day. What can be done to tighten the rules? Something has never smelled right about the Smart Cities project. It would be good to know who had their hand out in the deal that went south.

Let’s hope the OIG gets to the bottom of where all that money came from and if it was being spent legally. The city’s Equipment Maintenance Division, which keeps track of the city’s vehicles, is a target because of fuel purchase policies. Finally, Sheriff Susan Hutson, a former police monitor, has asked the council for an additional $53 million. No one is exactly sure what she did with the $55 million her office already received this year.

“Regrettably, the City has a well-documented history of corruption,” states the Office of Inspector General’s 2023 work plan. Michel cited a lack of internal controls, insufficient processes and outdated technology as creating opportunities for fraud. The city’s decentralized structure of outside boards and commissions can also lead to a lack of transparency and accountability.

Michel told the council that his office’s productivity was up 400% over his predecessor, who resigned in 2020. Too bad Michel isn’t wrapping up this work instead of just starting most of it. The council would be much better equipped to apportion the available funds to maximize results. Mayor Cantrell could have looked into many of these problems using the staff and resources available to her. Unfortunately, it was not a priority. 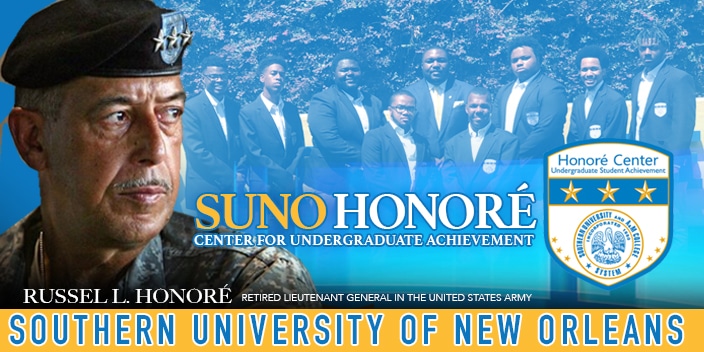 HONORE’ CENTER’S GOLF FOR SCHOLARS TOURNAMENT TO BE HELD FRIDAY

Retired Gen, Russel Honoré is a role model that every Louisiana resident should look up to. Through the Honoré Center for Undergraduate Student Achievement at Southern University of New Orleans, young men receive mentoring and learn other valuable skills that will help guide them through life. The center’s annual Golf for Scholars Classic fundraiser will be held Friday (Nov. 18) at the Joseph M. Bartholomew Sr. Municipal Golf Course, 6514 Congress Drive. Tickets begin at $150. For more information, contact Morkeith Phillips at 504-220-8092.

The recent deaths of young Mitchell Robinson, Ezekiel Harry and Jahrei Paul are terrible tragedies. Don’t just place the blame on Department of Children and Family Services officials Marketa Garner Walters and Rhenda Hodnet. Louisiana legislators who oversee the department and its funding are also to blame. Walters told legislators repeatedly that her staff was unable to keep up with the rising demand for services and begged for additional funds to hire more skilled workers.

Unfortunately, Louisiana’s elected officials always have turned a blind eye to the department’s needs, even when there was a budget surplus. If Louisiana citizens want to prevent future deaths of infants and toddlers, they must lobby their legislators to give DCFS the necessary funds to protect Louisiana children. Gov. John Bel Edwards needed a scapegoat. Unfortunately, Walters fit the bill.

It’s been 30 years since Troy Carter began serving turkey and all the fixings to residents of Algiers and others in need. Even when Carter was not an elected official, he connected with his friends and neighbors through this meal. This year’s free event is a drive-thru Thanksgiving dinner on Saturday (Nov. 19). It will take place at Alice Harte Charter School, 5200 Berkley Drive in Algiers, from 11 a.m. until 2 p.m.  Free and open to the public, meals will be available on a first-come, first-served basis. For more information text 504-510-9000.

Forty-one years ago, newly elected Sheriff Charles Foti began serving a Thanksgiving Day meal to senior citizens that included roundtrip transportation and a goody bag. Irma Thomas always stopped by to belt out a few numbers. Dozens of politicians would also be glad-handing. Several hundred volunteers delayed their family’s meal to help out.

Sheriff Susan Hutson will hold her first holiday dinner on Monday (Nov. 21) in Hall 1-2 of the Morial Convention Center. Irma Thomas is still sharing her gift with the audience and will be joined by Leo Nocentelli and the OPSO Special Reserves band.

For more information, visit www.opso.us. Click here to sign up to volunteer. Reach out to Commander Mandrel Pansy with any questions on volunteering: pansym@opso.us or 504-827-6749. 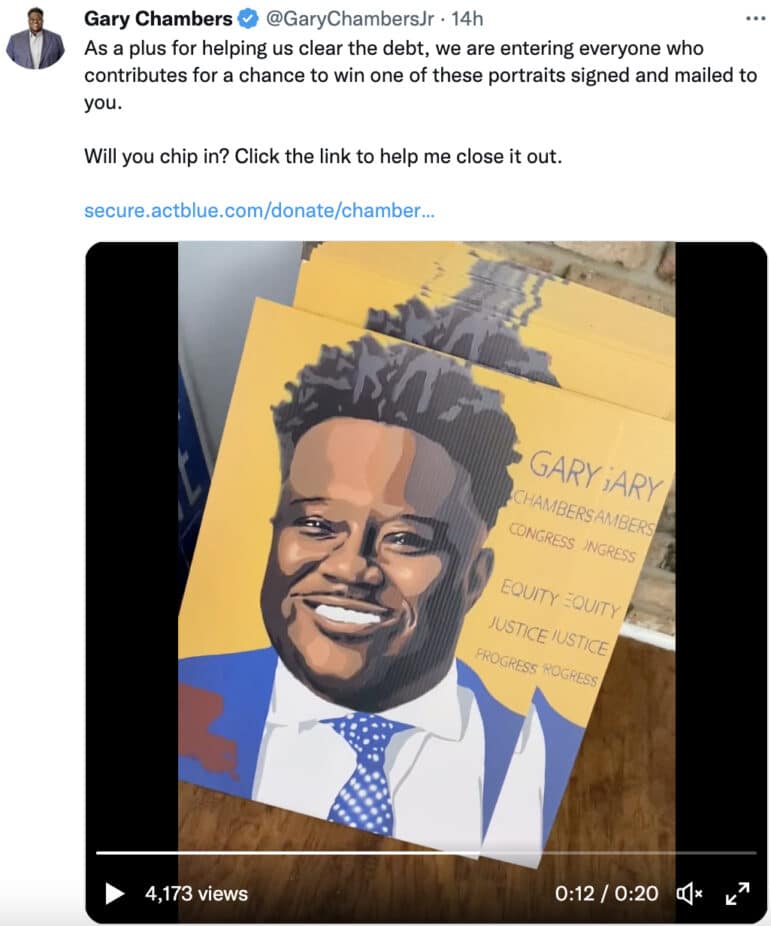 Former U.S. Senate candidate Gary Chambers took to Twitter and asked for supporters to “chip in” to help eliminate his debt. Chambers is offering contributors a chance to win a poster of him signed by him. Postage and handling is included for the winner or winners. Chambers ran a weak second against incumbent U.S. Sen. John Kennedy. Chambers says he will not be a candidate for governor.

Danae Columbus, who has had a 30-year career in politics and public relations, offers her opinions on Thursdays. Her career includes stints at City Hall, the Dock Board and the Orleans Parish School Board and former clients such as former District Attorney Leon Cannizzaro, former City Councilman Jared Brossett, City Councilwoman at-large Helena Moreno, Foster Campbell, former Lt. Gov. Jay Dardenne, former Sheriff Charles Foti and former City Councilwomen Stacy Head and Cynthia Hedge-Morrell. She is a member of the Democratic Parish Executive Committee. Columbus can be reached at swampednola@gmail.com.

A proposed assisted living facility on the corner of Canal and South Telemachus streets has to go through an architectural review process for the fourth time, due to pushback from neighbors and a third deferral by a group of architects. The Historic District Landmarks Commission’s Architectural Review Committee deferred a vote on the proposed assisted Read More…

Chipotle Mexican Grill has been officially cleared to make its debut in the city of New Orleans, following the unanimous approval of the City Council to open a location on Magazine Street in the Garden District.

The NOPD’s Traffic Division will conduct a sobriety checkpoint at a location within Orleans Parish. The checkpoint will be in effect from 9 p.m. on Thursday, April 11 to 5 a.m. on Friday, April 12.