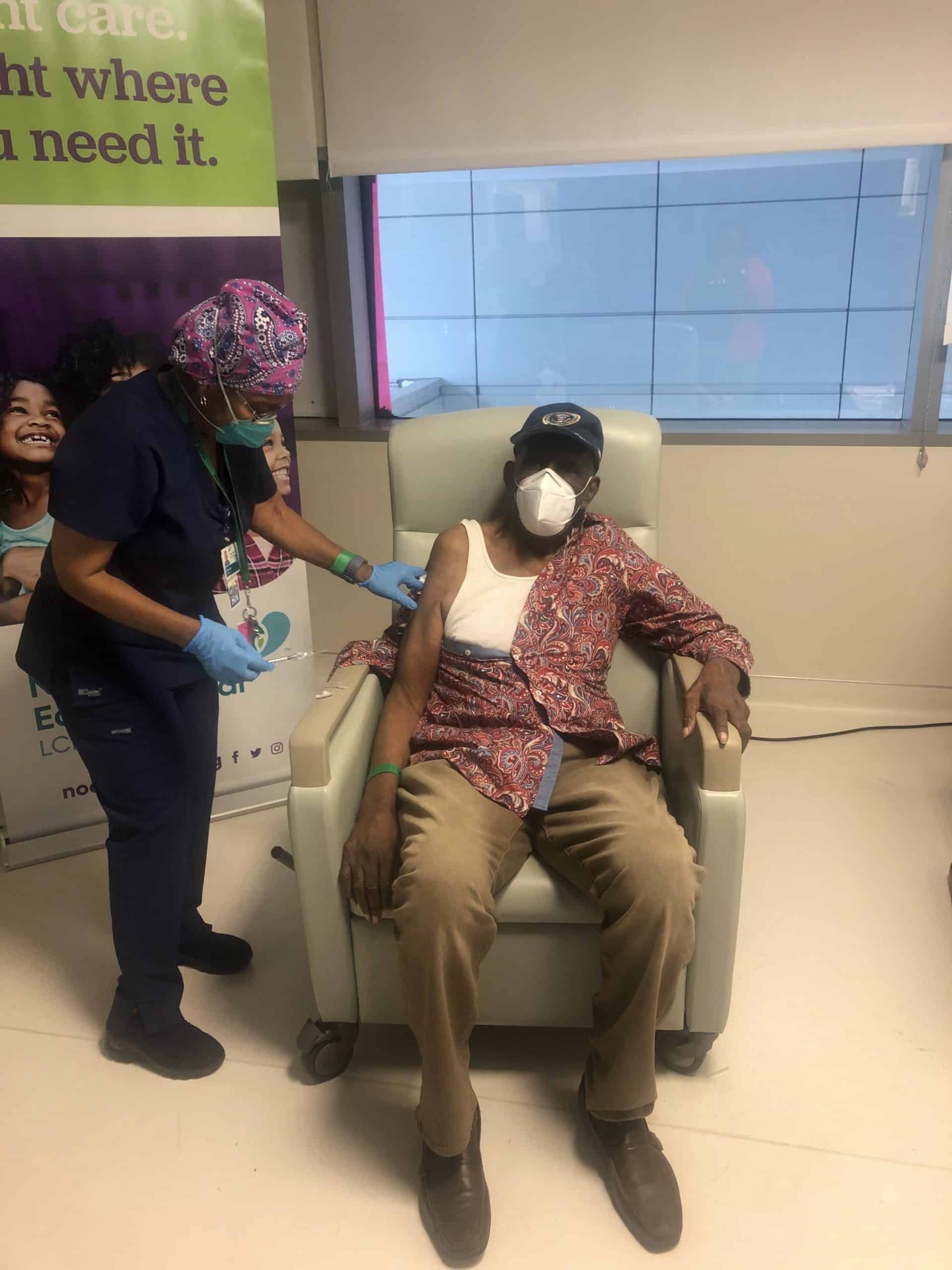 Amid an Epiphany Day marred by an unanticipated insurrection at the U.S. Capitol and the state’s highest COVID rates, 87-year-old Isiah Steele received his long-awaited COVID-19 vaccination at New Orleans East Hospital. “I am so blessed to have gotten this vaccine,” said Steele, before lighting a candle at the Shrine of St. Jude. “I will sleep a little easier tonight.”

Steele has been locked down in his family home since mid-March, where he has fretted about his grandson, a senior soon to graduate from LSU, and his caregiver daughter, who goes to work almost every day despite the pandemic.  “While I worry about their health and safety, I am mourning the loss of a year of my life at a time when I don’t have too many years left,” he said.

A chronic voter, Steele is also troubled by how ugly and divisive politics have become. “I pray that our elected leaders will seek consensus, get the virus under control and everybody back working again. We must rebuild America’s economy and our democracy,” Steele said.

Yesterday’s melee in Washington was a clear indication the many Americans are unhappy with our country’s politics and their COVID-restricted lives. Yet this year will bring many political changes at every level of government.

Julia Letlow is being encouraged to seek the congressional seat recently won by her late husband Luke, who was to be sworn in just days before he died of COVID-19. Being a member of Congress and a mother of small children would not be easy. It was how Lindy Boggs got her start.

Several strong candidates are already campaigning to replace U.S. Rep. Cedric Richmond in an election that will be held this spring. A new poll is in the field this week about the race.

Politically connected lawyers are queuing up for the chance to become the next U.S. attorney for the Eastern District of Louisiana. Members of the judiciary are gleefully anticipating future federal openings.

A number of newly elected judges took the bench this week. One of them, Civil District Court’s Jennifer Medley, has scheduled a virtual fundraiser for Jan. 12. District Attorney-elect Jason Rogers Williams will take the oath of office Jan. 11 in front of only 100 invited guests but with an online audience that could number in the thousands.  The City Council will have 30 days to select someone to fill Williams’ seat until next fall’s municipal elections.

Mayor LaToya Cantrell is already spreading the message about her re-election suggesting she is a leader who is “tested and ready.” Though many voters have been urging Councilwoman Helena Moreno to run for Congress or mayor, at this time she is expected to seek re-election.

The boundaries of all of Louisiana’s House and Senate districts may change this year when the Republican-controlled Louisiana Legislature takes up redistricting.

COVID-19 will continue to have an extraordinary grip on our politics this year and the ability of government at all levels to fund vital services. Hopefully, the new vaccine will help normalize life and start the economy moving once again.  Only when jobs are plentiful and the country is at ease can we begin to restore America’s spirit.