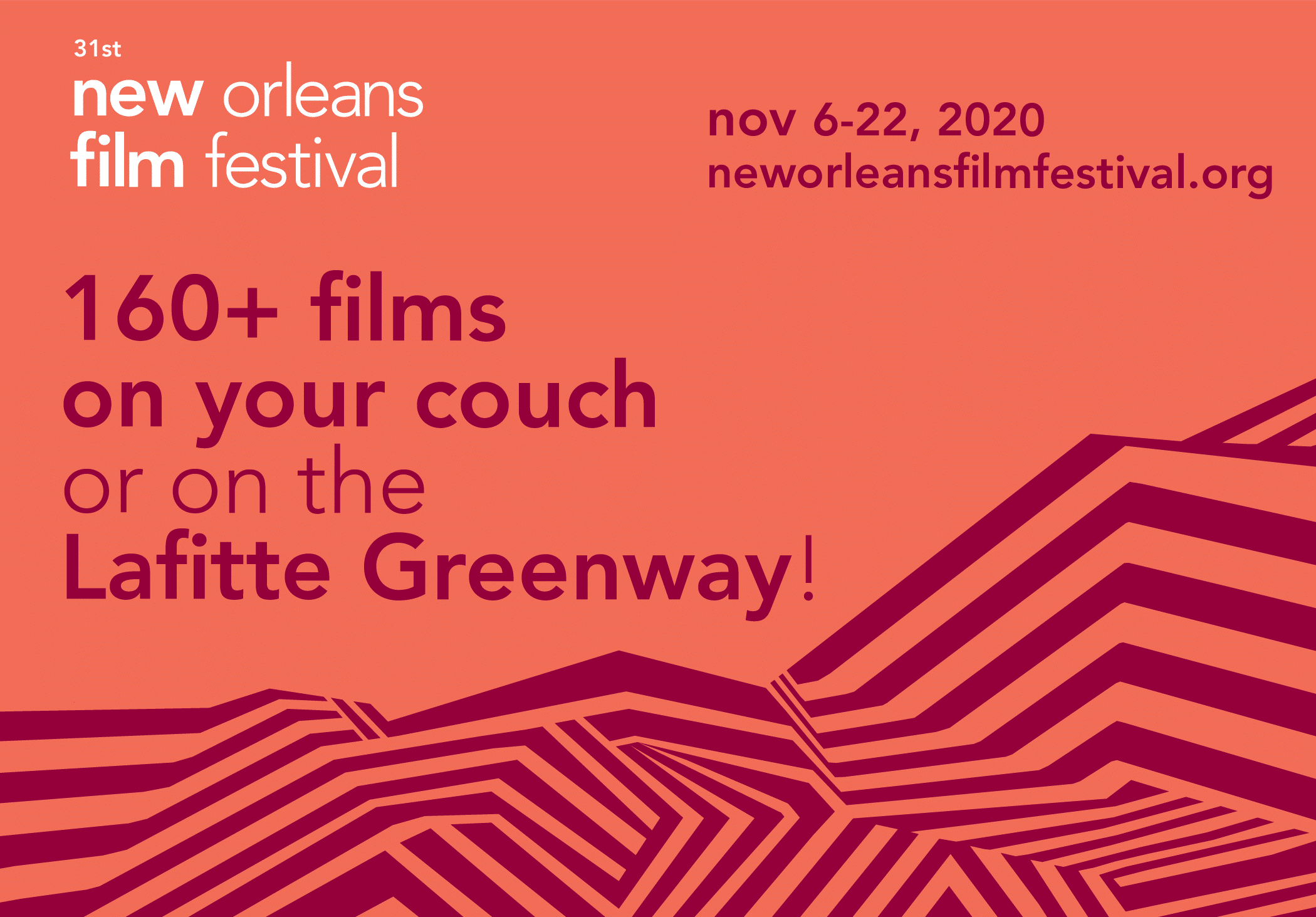 Taking advantage of October’s cooler weather, the New Orleans Film Festival is screening movies at its Open-Air Cinema, held in Mid-City at the Broadside Theater and the Lafitte Greenway.

As of press time, the opening and closing night films have not be revealed, but among the Open-Air and virtual choices include: “To Decadence with Love,” a feature film about two drag queens, Laveau Contraire and Franky, as they prepare for New Orleans’ queer celebration of identity, Southern Decadence; “Closed for Storm,” a documentary about Six Flags New Orleans, abandoned after Hurricane Katrina; Louisiana Shorts, which is divided into four themes, “Dressed,” “Small Town Louisiana, “Sidewalk Sale” and “Dark and Stormy”; music videos; documentary shorts, and special presentations, including “Professor Longhair, Rugged and Funky,” about the legendary pianist, and “A Crime on the Bayou,” a documentary about how a black man stood up to white supremacy in the mid-1960s.

Each Open-Air Cinema film will be followed by a pre-recorded discussion with filmmakers and programmers.

It’s a unique pivot for the New Orleans Film Society, which hosts the Film Festival, now in its 31st iteration. While the red-carpet opening night screening – past years have included “LBJ,” starring Woody Harrelson, and “12 Years a Slave,” starring Chiwetel Ejiofor – followed by a glamorous party may get most of the attention, the heart of this festival remains the movies: features, documentaries, shorts, experimental, series, video and animation.

This year the festival will offer more than 160 films, chosen from the 4,655 submissions from 105 countries. More than 45% of the films focus on the American South, and 26% were made in Louisiana. Also of note: 57% were directed by women and gender non-conforming, and films helmed by directors of color make up 58% of the lineup. Additionally, the lineup boasts 36 world premieres.

“For 31 years, the Oscar-qualifying New Orleans Film Festival has been a labor of love, and that is true more than ever in 2020,” said Clint Bowie, artistic director of the New Orleans Film Society. “November 6 through 22, our team at the New Orleans Film Society brings you a re-imagined festival fit for our times; one that brings the magic of cinema to our new virtual platform, and to the Broadside Theater and Lafitte Greenway, a park in the heart of our city that connects people to their destinations and each other.

“We miss the experience of watching films in our neighborhood theaters with you,” Bowie said, “and until we can do that together again, under the stars and at home in our pajamas is a close second.”

The Open-Air Cinema screenings seat up to 100 people with coronavirus protocols, such as masks required and social distancing. Tickets can only be purchased on the festival website, not at the venues.

The Broadside Theater, an offshoot of the Broad Theater, opened Oct. 6, but will show only festival films Nov. 6 to  15. Located on Toulouse and Broad streets, in the former junk yard across from the theater, Broadside is a natural continuation of the collaboration with the festival since 2016.

“I am very excited to continue our work with the Film Society,” said Broad and Broadside owner Brian Knighten.

People can bring their own chairs (extra chairs will also be available on site), food, drink, blankets, soft coolers and picnic baskets. No glass is allowed on site. There is no shade at either location, so ticket-holders for daytime events should bring a hat, sunscreen and bug spray. Umbrellas are not encouraged, as they can block the view of the screen.

If the Open-Air Cinema screenings are canceled due to weather conditions, tickets will be transferred to view the film online at NOFF Virtual Cinema, where all the films will be screening. The festival has put together a “How to Fest?” page, a great way to find out more about this year’s festival.

You will definitely find the Broadside Theater’s Knighten at all of the movies. “Lots of great titles,” he said, noting that he is looking forward to “To Decadence with Love” and “Professor Longhair, Rugged and Funky.”

Reporter Sue Strachan can be reached at suestrachan16@gmail.com.

This story was updated on Oct. 21 to indicate the NOFS has two venues on Lafitte Greenway for the festival.