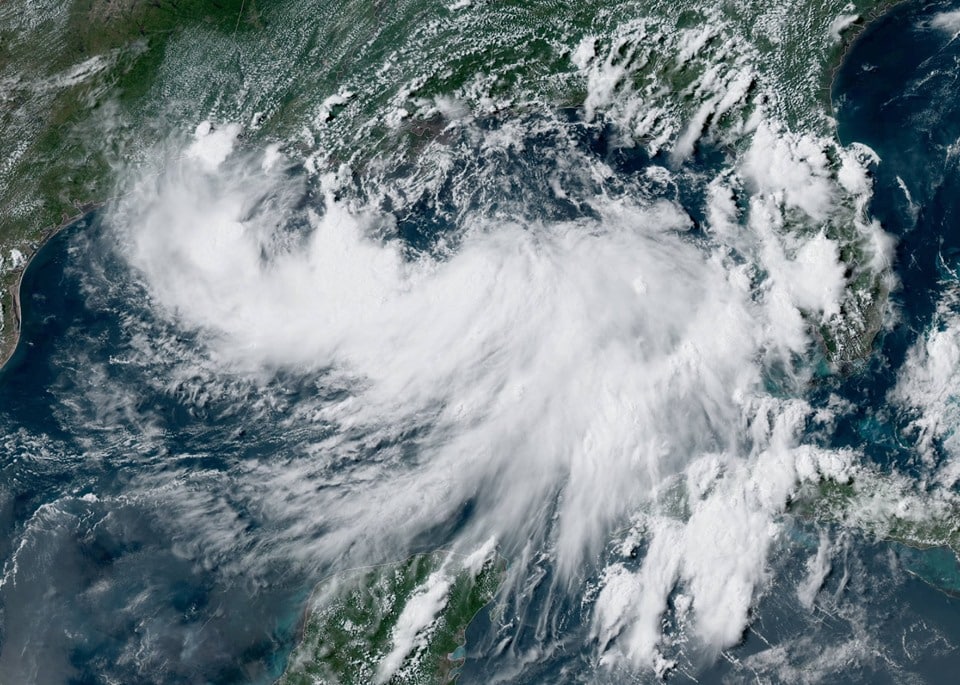 With all the rain we’ve had recently and Monday’s official start of hurricane season, I spent time yesterday ensuring my closest catch basin is in good working condition. After all, New Orleans is a city that floods, especially during hurricane season. With this year’s ongoing pandemic along with predictions of even more storms than usual, getting prepared for the inevitable deluge and updating our personal evacuation plan are especially vital.

Weaker trade winds and warmer than normal ocean temperatures might be the official reasons that the National Hurricane Center expects 13 to 19 named storms and three to six Category 3 or greater hurricanes this year. Yet we can’t forget the impact of weather disasters farther up the Mississippi River or the impact of a storm that sits above our city for days at a time.

The recent flooding in Michigan should remind us about Hurricane Katrina’s fury in 2005. Two named storms before the formal start of hurricane season this year is a gentle warning of what could be ahead. Other considerations include the city’s undependable draining system — which, though improving, is nowhere close to adequate — and the often faulty transmission lines that sometimes fail residents during storms.

The threat of continued outbreaks of COVID-19 is going to make surviving the summer and fall difficult at best. Though federal, state and local government leaders began hurricane preparations more than a month ago, storms — like this virus — are unpredictable. A call for evacuation, if necessary, will be made sooner, as long as the storm is moving relatively slowly. Earlier this week, citizens in the Carolinas barely got any advance warning of Tropical Storm Bertha.

If a hurricane is about to strike, personal protective equipment for evacuees and workers would be mandatory. More shelters would be needed to maintain social distancing. Separate shelters would need to be opened for those who might show symptoms of the virus. Additional buses would be employed for social distancing while transporting citizens from the 17 Evacuspots to the central terminal at the Smoothie King Center and then to shelters away from the storm.

Emergency preparedness officials say that close to 90% of New Orleanians can self-evacuate. With our current high unemployment rate and people dipping into their slim savings to pay bills, how many New Orleanians could actually afford, a la Katrina, to pay for out-of-town hotels and meals for an extended period?

What towns and cities would welcome our evacuees for fear of the virus coming with them? How crowded would the highways be for those trying to get away? Local shelters of last resort would be necessary along with support from groups like the already overburdened Second Harvesters Food Bank and the United Way.

New Orleans would be on its own. Don’t count on immediate rescues by FEMA or Congress. Fearing the virus, volunteers from around the country probably wouldn’t be streaming in to help rebuild. Major foundations that stepped up 15 years ago are already committed to COVID-19 relief efforts. Gov. John Bel Edwards would try to help, but the Louisiana Legislature could partially tie his hands.

After Katrina and the levee failures, millions were spent on basic S&WB repairs to get our sewerage system working again. Where would those funds come from this year? The City Council sold utility futures they had previously acquired to fund Entergy repairs. Are those dollars available again? With Dan Packer at Entergy’s helm and staff support from Demetric Mercadel among others, Entergy and the city had a close working relationship, which has soured in recent years. New Entergy New Orleans CEO David Ellis is basically untested.

Citizens must take personal responsibility for their own health and safety. Buy flood insurance. Consider purchasing business interruption insurance if you might need it. Round up extra sand bags. Make sure your catch basins are accessible and free of debris. Use permeable materials wherever possible around your home or office to slow down flooding. Register for the city’s emergency communications system. Pay attention to flood advisories.

Determine whether you have the financial resources to evacuate. Make plans now as to where you and your pets would go. If you choose not to evacuate, consider where you can safely stay. Help an elderly relative or neighbor. Finally, figure out how to do all these things while also maintaining the coronavirus hygiene protocol and social distancing. Gov. Edwards, Mayor LaToya Cantrell, the City Council and the citizens of New Orleans all have a role to play in getting us through this upcoming season. Together we will find a way.

More than 100 women logged onto Zoom on Saturday for what was probably the first political endorsement meeting in Louisiana held virtually. After spirited online discussions and several rounds of balloting using Iwillvote.com, the Independent Women’s Organization issued a dual endorsement of Marissa Hutabarat and Sarah Lewis in the race for judge, First City Court. The IWO promotes the issues and candidates of the Democratic Party.

Danae Columbus, who has had a 30-year career in politics and public relations, offers her opinions on Thursdays. Her career includes stints at City Hall, the Dock Board and the Orleans Parish School Board and former clients such as District Attorney Leon Cannizzaro, City Councilman Jared Brossett, City Councilwoman-at-large Helena Moreno, Foster Campbell, former Lt. Gov. Jay Dardenne, former Sheriff Charles Foti and former City Councilwomen Stacy Head and Cynthia Hedge-Morrell. She is a member of the Democratic Parish Executive Committee. Columbus can be reached at swampednola@gmail.com.